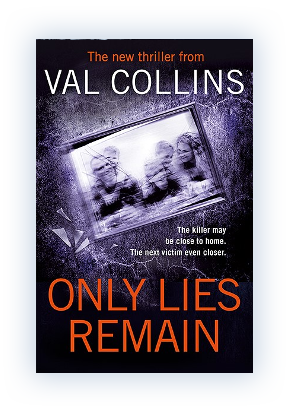 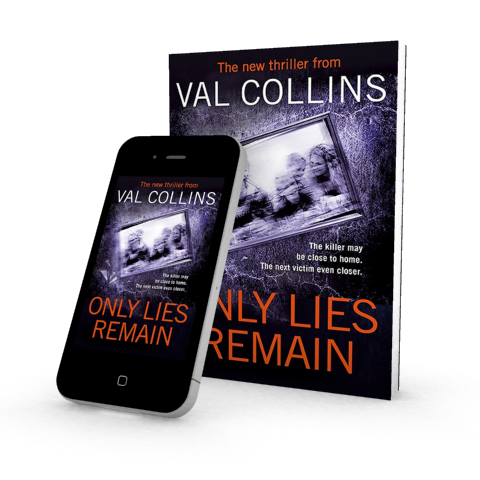 Everyone thought Danny Walsh deserted his family when his sons were young. But when Danny’s body turns up fifteen years later and his wife, Maura, is implicated in his murder, accusations and old rumours surface.

Aoife rushes in to clear her mother-in-law’s name. But why is it that Maura’s story concerning Danny’s disappearance doesn’t quite add up?

Aoife’s investigation uncovers old secrets, long-held jealousies, and lies upon lies. With every new revelation, Aoife realises she doesn’t know her family at all. Now her new boss is acting strangely, her best friend is more and more distant, and her husband is no help at all.

With her support network crumbling and her family threatened, Aoife must race to keep one step ahead of danger before more innocent lives are lost. But how will she uncover the truth when only lies remain?

Goodreads reviews for Only Lies Remain

“Everything you need in a great thriller. The ending, oh the ending is spectacular!!”

“WOW! …A spectacular mystery – complicated and well written.  A compelling story that is worth a good read!… a winner!”

“A must read for thriller fans. I loved it and can’t wait to read more from this author. It kept me up way past my bedtime and the writing was beautiful !! Loved it !”

“I really enjoyed this book so much. It has a really great plot, superb main characters and I read it in one sitting. I would highly recommend this book.”

“Very well written. The storyline was so enticing…the author sucks you in.”

“A great psychological thriller, I came to expect the unexpected from this engaging read. I will be exploring more by this author and recommend you do too.”

You can do this. But what if I can’t? You have to. There’s no other way. People do it every day, every hour. They manage and so will you. Don’t think, just act. Another fifteen minutes and all your problems will be over. Life will go back to normal and you’ll never have to think of it again.

Sweat trickled down Delia’s back. Her face burned and she could feel something bubbling up from the pit of her stomach. Her hands shot out and were within inches of the girl’s scalp before she realised it. She snatched them away and gouged her nails into the palm of her hand. What was happening to her? She looked around. Had anyone noticed? Her neighbours were on this train. Some of their kids were in Ellen’s preschool. She couldn’t have them thinking the poor child had a lunatic for a mother.

Delia knew she had a reputation for being highly strung, but until recently she had exercised extreme control over her emotions. Her temper tantrums, glorious outbursts that terrified family and colleagues by their violence and unpredictability, were actually carefully orchestrated performances. One or two a year and she controlled everyone in her life. She had always believed more frequent outbursts would be counterproductive. But something had changed in the last month. Almost every day she felt the urge to hurt someone. The previous week a man had bumped against her in the supermarket and she had almost punched him. The incident terrified her. She was a respected member of her community, a single mother with a daughter to support. She couldn’t afford a criminal record. Routine, she decided, was the only answer. Doing the same things, in the same order, at the same time would reduce her stress levels and enable her to keep control. It had worked reasonably well until today.